← back to
Kotä
Get fresh music recommendations delivered to your inbox every Friday. 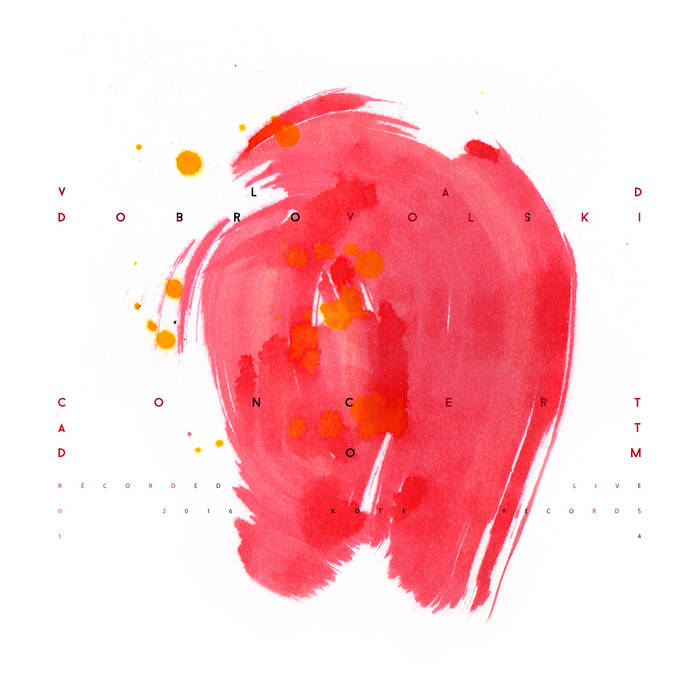 It’s winter time in Moscow, we all gathered in “DOM”, the significant place for Moscow underground and avant-garde community, where Kotä Records holds the label night. The “DOM” was founded by Nik Dmitriev, who, along with another salient figure from Leningrad, Sergey Kuryokhin, did many good things for Russian experimental scene in 80s-00s period. Including this venue, where many was playing, and as before many of international avant-garde and free-jazz individuals and bands are having their shows in Moscow. Now Vlad Dobrovolski is on the stage with his modular synthesizer, performing his show. Vlad always masterfully constructs his sound narration, and now he is getting us right there immediately from the very beginning of his set, carry us away out of “DOM”, winter in Moscow and all that and carefully land us down approximately 28 minutes later. Beautiful journey.

Here also we have to say that Vlad is a long-standing figure in Russian electronic music filed. In 00s, under Fitz Ellarald moniker, he was involved in the international work in Japan, making collage music for Tokyo based label Amorfon, whom Yoshio Machida starts his label’s international roster with, also during this time Vlad is participating in a several musical collectives in Moscow focusing on improvisational approach in music performance. At 2014 a tape-duo S A D was initiated and nearly since this time Vlad and Kotä friendship starts on.

This release is a foregoer of the full length LP of Vlad’s works, scheduled to be released by Kotä on vinyl later this year. And “Live Document” series is for memorising some live performances, that we find distinct. Which is quite important when we are about improvisational music.

Bandcamp Daily  your guide to the world of Bandcamp